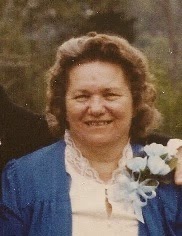 
Evolution is a long word with an even longer history. In its most basic form, evolution is change. Everything evolves or dies. This blog is no exception. When I was considering what topics to write about, I decided the posts would be about the residents of Northam, writing and Vermont.

I intended for the Vermont posts to contain information about the state and its traditions. From the beginning, I made a conscious decision to exclude my personal life—after all, one's own life is just that, personal. Despite that, my life took on an existence of its own and kept creeping in, every time I wrote anything about Vermont.

Then I had an epiphany. My life, my family, past and present are Vermont--my Vermont. And what other Vermont could I tell you about?

A note about my fictional characters. They are the amalgamation of many people I've met in my life. So, if you think I'm talking about you, I'm not. I wouldn't leave myself open to something like that. After all, I was born at night, but it wasn't last night.
Posted by C. L. Howland at 4:53 AM No comments:
Email ThisBlogThis!Share to TwitterShare to FacebookShare to Pinterest
Labels: Vermont, Writing
Newer Posts Older Posts Home
Subscribe to: Posts (Atom)